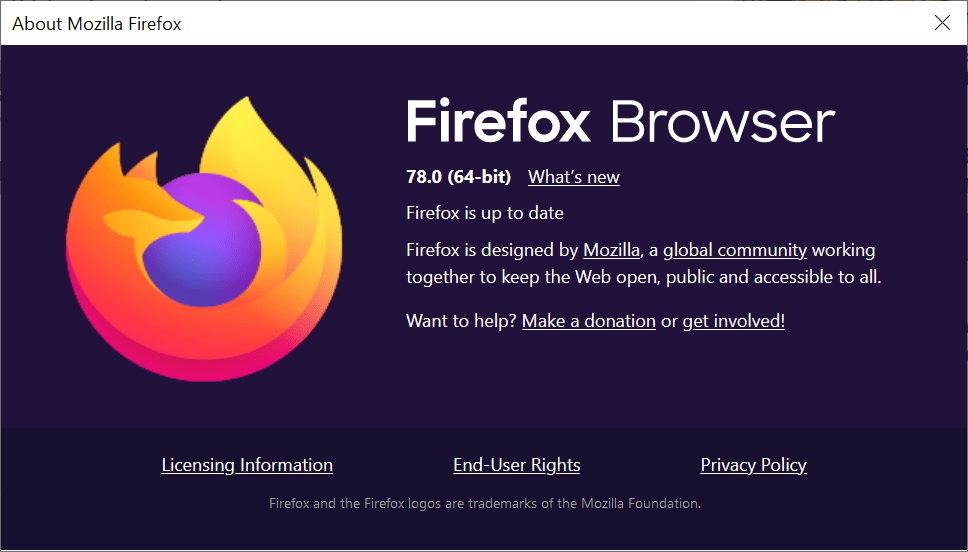 The protection dashboard is now enhanced with the ability to track the number of breaches you have resolved and see if any of your saved passwords may have been exposed when a site was hacked. The dashboard can be accessed by entering about:protections in the URL bar or from the Firefox menu.

In addition, the Firefox uninstaller now offers an option to “refresh” rather than uninstall the browser. This involves restoring default settings and removing installed extensions.

The update also provides the opportunity to enable WebRender support for users with an Intel GPU, to no longer be interrupted during a WebRTC call by the screen saver and to disable TLS 1.0 and TLS 1.1.

Another big piece is the arrival of Firefox ESR in its version 78. This is the first major update of Firefox ESR since version 68 released last year. Version 78 incorporates all the features that have been released since 10 versions. For your information, Firefox ESR is a version designed for schools, universities, businesses and others who need help with mass deployments. ESR versions are maintained for one year.